Humpty Dumpty
Humpty Dumpty sits on a wall;
Humpty Dumpty’s doomed to a fall;
For suffragist logic and women’s intrusion
Are demolishing much of his former seclusion. 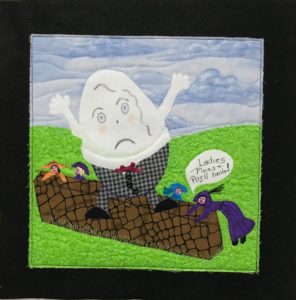